The Liverpool Chamber of Commerce recently hosted the first Quarterly Economic Survey of 2014. The event itself held a strong focus on export, highlighting the importance of exporting to the UK, and to the North West region. The essential take away messages were that export is not only good for the economy, but also good for the companies that do it.

Paul Stores, Deputy Director of UKTI North West said that George Osborne has set an ambitious target of UK exports doubling to £1 trillion by 2020. To achieve this, we need 1 in 4 UK companies to be exporting (currently it is around 1 in 5), or an increase of 100,000 exporting companies. We do seem to be moving in the right direction. Although exports in the North West region dropped slightly in the last 12 months, they are still better than pre-recession levels. The North West itself actually accounted for £275 billion in exports in 2013. Although this figure is fairly impressive, it is actually down around 10% on 2012, so clearly there is work to be done. Much of this reduction could have been due to the chemicals sector seeing a 26% reduction in export – down to £9.4 billion. Still, despite some negative figures, the overall feeling is still positive. Indeed, exports accounted for 60% of GDP growth in 2013, which really does highlight the importance of this to the UK. I suppose one of the difficult things about exporting is that you are relying on demand and stability from overseas markets you have little control over.

Evidence suggests that exporting tends to be good for the exporter. The UK is still one of the top 10 exporters in the world (despite what I suspect would be popular opinion about this). Paul Stores also pointed out that exporters spread their risk, becoming less vulnerable to domestic downturn and recession. They are able to exploit regional recoveries, and evidence shows they also perform better in their domestic markets. This is often due to stronger financial performances, better quality staff, more innovation and an improved profile and credibility. Exporting is also an excellent way of evening out season trade. Overall, it means exporters are more likely to stay in business.

So,how do we get more companies to export? I think one of the biggest barriers to export is knowledge of the new market. UKTI is key here. Offering advice, one 2 one support and establishing trade missions across the world, they can help to identify new markets, and open the right doors into these markets. Graham Critchley from Creative Capital’s client Coconut Design and Print supports this notion. “UKTI put Coconut on the passport to export scheme, where we have agreed with UKTI a plan for the next 12 months to try and push the services Coconut offer to the UN as much as possible. With support in funding of visits to Europe, hotels, advice, help in contacting people… planning some trips… so it is really now just an ongoing process. Since the start we have been to Geneva about 12 times, Vienna, Stockholm, all to discuss new projects and meet different people from the UN Family. We are now starting to win some larger and longer term projects. The UKTI are also helping look at the Middle East as well”.

Once these markets are identified, security and profitability are key. Stuart Grice, Head of Trade Credit at Bluefin Group says: “Credit Insurance is an integral part of a companies export strategy. Obtaining information about a potential client’s credit worthiness can often be difficult, and can discourage the supplier to trade due to the perceived risk… Credit Insurance gives full line of sight and removes the risk”. Basically, you have the product, you have the services, but finding the right companies to trade with is a key to success. The correct terms of trade could not be more important. Stuart goes on to say that “credit insured export companies are able to trade with more companies on an open account basis. Foreign companies buy 40% more product when offered open accounts” (source: World Trade Organisation).

A major concern for exporters (actually for most companies at the moment) is how to finance their growth. As we all know, the traditional bank led funding world has changed. However, evidence does show that banks prefer to lend to exporters as they are perceived as being more secure. The problem is, SMEs are still scarred by the recession, and the numbers presented to lenders just don’t stack up. Something has to give, and an alternative has to be found to take up the slack.

Creative Capital have helped numerous companies who have entered into the export world (such as Coconut Design and Print!). Single Invoice Finance allows our customers to raise additional working capital as and when required. By financing against both domestic and export invoices, we allow our clients to get the cash required to pay staff, buy in raw materials, finance machinery and much more. We strongly believe that a key to success is to work in partnerships. Not only with our clients, but with other lenders and insurers. Single Invoice Finance can work alongside loans, overdrafts, asset, and stock finance. Credit Insurance can underpin the whole book to allow us to finance export debt more readily. They key is to find the right lender, or combination of lenders, for you and your business.

Liverpool Chamber of Commerce was recently asked on twitter if export is important. Their answer? “Basically it is. So do it!”.

Lack of support and confidence stunting ability of small businesses to trade.

There has been a lot said recently about how the delay in the much-anticipated UK government support scheme for the credit insurance industry is affecting businesses of all sizes. Issues... 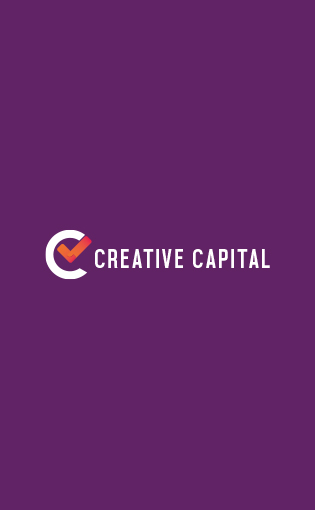 Cash Flow will be imperative as we exit lockdown and start to rebuild.

I recently conducted a poll on LinkedIn asking about people’s attitudes to returning to work and opening businesses up again. The options were: "Yes! Let’s crack on" "Easy does it...

The Rise of the Machines isn’t Happening Yet

The growth of alternative finance and Fintech has driven a lot of changes in the finance world, especially where technology is concerned. There seems to be a growing attitude that...